Who were the passengers and crew on the Mayflower? 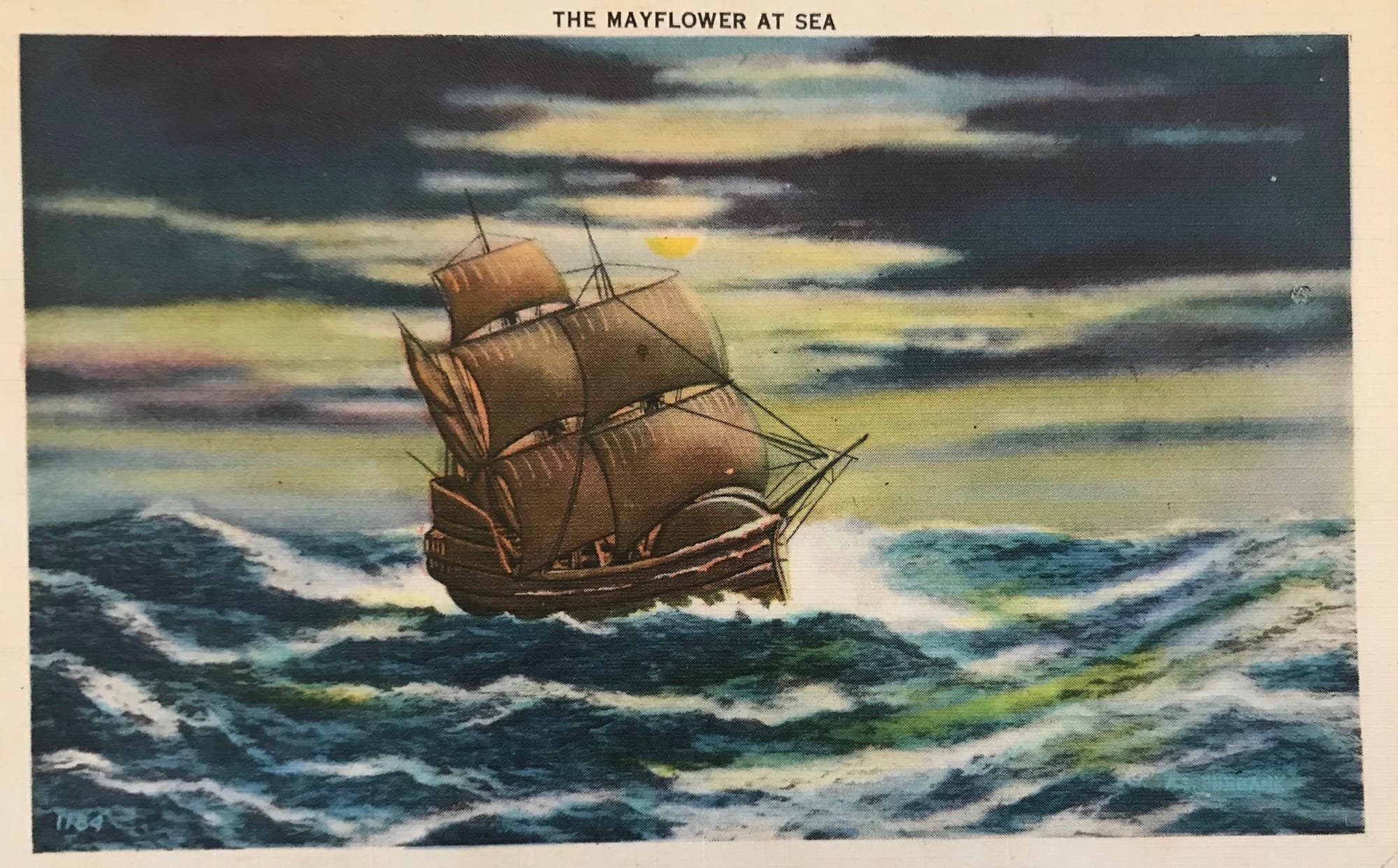 Various authors quote different number of passengers ranging from 102 -104.  When the Mayflower finally left Plymouth on September 16th (new calendar) was crowded on the between decks with passengers.  The Mayflower Migration by Robert Charles Anderson counts 104 pasengers.  Available at Americanancestors.org.  it summarize all that is currently known about the Pilgrim Fathers, Mothers and Children.   Anderson divides the passengers into two large groups.   The first group is the Leiden Contingent which had 69 members.  The second group is the "London" Contingent with 35 members.

The Crew of the Mayflower

The Mayflower would have had about thirty men of whom half died in the voyage and first winter.  Only a few are identifiable through the records.   If no name is listed below, then his name is not known.

1.  Ship's Master-  Christopher Jones.    He and three others bought the Mayflower in 1608.  He was about 50 when commanding the Mayflower to Plymouth.  2.   Ship's Pilot and Master's Mate- John Clarke  had previously been a pilot to Jamestown in 1611 and was captured by the Spanish and imprisoned for 5 years.   He made another trip to Jamestown in 1618 after his release. 3.  Master's Mate-  Robert Coppin.  4.  Cooper- John Alden was hired in Southampton, England when the Mayflower was provisioned. The cooper built, repaired and maintained the ship's barrels. He was essential because the barrels stored all the food stuffs and drink.  He was given the choice to remain or return with Mayflower.  The Alden Family is truly grateful that he decided to stay.   5. Ship's Surgeon- Giles Heale survived to return home to England.  He was so admired by the Pilgrims that he was given a copy of the Ainsworth Psalter.   6. Master Gunner  cared for cannon and related supplies and died in the first winter becoming sick while exploring Cape Cod.  7. Ship's Carpenter was responsible for repairing leaks, caulking, splicing masts, and all ship-related damages. When the Mayflower’s main beam cracked during the middle of the voyage, the master carpenter made the repairs using the giant screw that the passengers had brought to help build their houses and barns.  He also help to reassemble the Pilgrim’s dismantled shallop, stored betwixt the decks.  8. The Boatswain was responsible for the rigging, rope, tackle, sails, anchors and longboat.  William Bradford noted that he was "a proud young man, who would often curse and scoff at the passengers, but when he grew weak they had compassion on him and helped him."  He was one of many who died the first winter.  9. The four Quartermasters maintained the cargo hold and setting the shifts and watch hours.  They were responsible for fishing and maintaining the lines, hooks and harpoons.  Three of the four died the first winter.  10. The Ship's Cook maintained the food supplies and prepared the meals for the crew.  The ship's cook room was typically located in the forecastle of the ship.  He died the first winter.

The above information is based on the research of Caleb Johnson, whose fuller descriptions are located on Mayflowerhistory.com and They Knew That They Were Pilgrims.